Festival-goers will be no stranger to the Saucy Chip truck. A regular at Lovebox and Bestival, Saucy Chip has now taken up permanent residence at Jerusalem Bar and Kitchen in Fitzrovia. The brainchild of Jules Heaton – a food fanatic and former marketing doyenne – BLOW! popped along to investigate.

Descending from street level to the lower ground floor entrance of Jerusalem Bar and Kitchen, the space is mostly unchanged except for some touches of wall art and a statement neon sign marking the arrival of Saucy Chip. Its low-level lighting and industrial, tatty couture décor make for a distinctly chilled hangout. 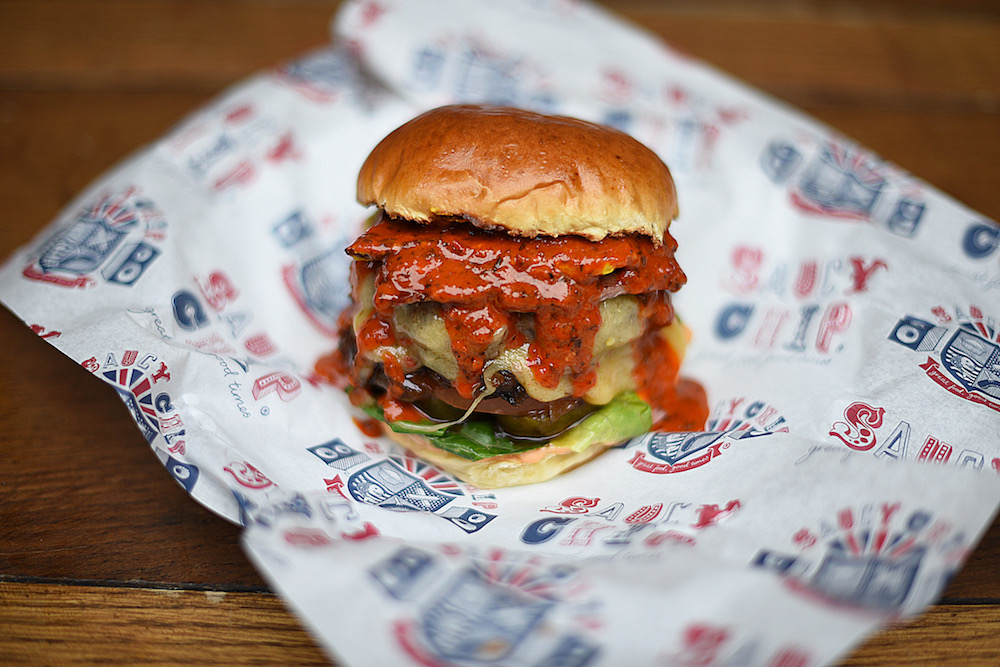 Turning to the expanded menu, Saucy Chip has stayed true to its festival origins, serving up unapologetic comfort food that will stave off the cruellest of hangovers with the humble chip taking centre stage. Reassuringly old favourites, such as their famous Rock and Roll Chips still feature and come covered in twenty-four-hour-steeped beef gravy and melted cheese, and they more than live up to their reputation.

The beer-battered haddock and chips, reputedly a favourite of Cara Delevingne (who as it happens has been papped more than once by the old festival truck) is also on offer alongside other festival menu stalwarts such as the burgers and hot dogs, all of which all come served with a side of chips and any two sauces from a choice of over twenty.

Whilst undeniably good at chips, UK sauces have been decidedly lacklustre…until now. Take Saucy Chip’s infamous Holy F**k sauce. Hotter than Arthur Gosse eating a Scotch bonnet, it is not for the faint hearted. For those whose taste is less 50 Shades and more Confessions of a Window Cleaner, go for the spicy mayo or the sweet chilli.

If you do opt for the Holy F**k sauce then there’s a perfect dessert to follow it: the supersized Knickerbocker Glory is an amalgam of ice cream, whipped cream, strawberry coolis and assorted fruit and meringue. It’s a cooling crowd-pleaser and perfect for sharing.

Visiting Saucy Chip as Coachella was happening Stateside, it stands true to its British party roots, and whilst there may be sauces called Zulu Zulu and Peri Peri Garlic, it unashamedly passes on the quinoa in favour of food that would both meet the approval of Liam Gallagher and lift the spirits of even the dampest mud-encrusted revellers. 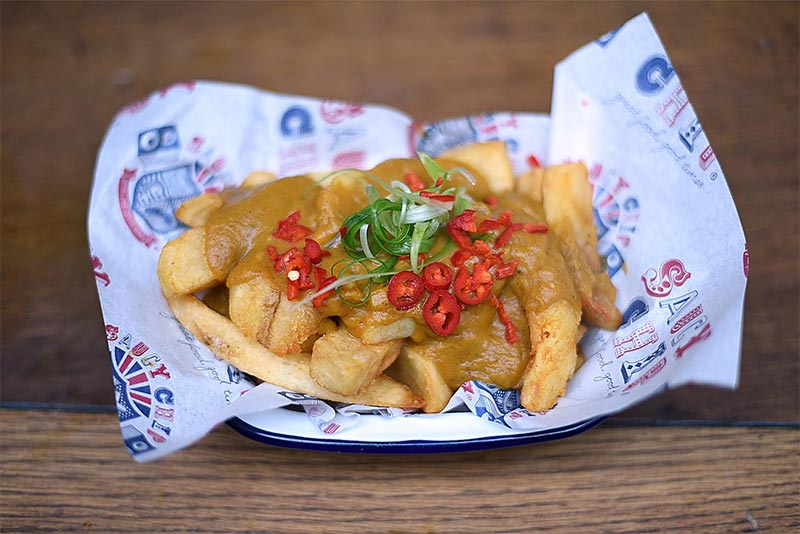 Combining comfort, value, quirky staff and the possibility that Jules herself will pop over and recommend a pud, Saucy Chip is an ideal post-drinking hub, just be prepared to wait for your food (up to an hour), but if you’re a regular festival-goer, you’re used to that.