The exclusive Golden Menu at Hakkasan

Established in 2001 in London, Hakkasan has 11 restaurants around the world located in Europe, United States, Middle East and Asia. Hakkasan offers a world-class culinary experience helmed by Michelin-starred chefs: Executive Head Chef Tong Chee Hwee and International Executive Chef Ho Chee Boon. The menu is a modern interpretation of authentic Cantonese cuisine, using the finest ingredients and expert techniques to create timeless yet innovative signature dishes such as the Roasted silver cod with Champagne and honey and the Crispy duck salad. 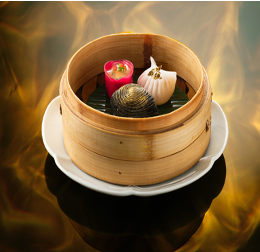 This autumn, Hakkasan will launch a limited edition golden menu to celebrate the annual Chinese holiday, Golden Week. Guests will also walk through a ‘river of gold’ as they walk throughout the restaurants, where low golden lighting will ripple across the wooden latticing of the cages, adding to the golden week experience. Gold dim sum and a gold dessert will feature within the exclusive eight course menu and will be available at both Hakkasan restaurants in London from Monday 24th September to Sunday 7th October. 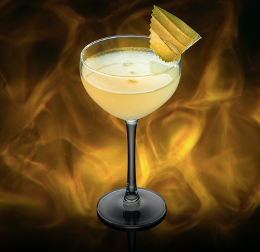 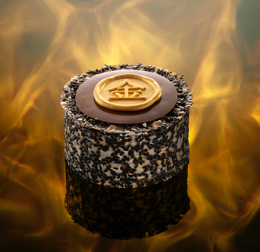 The Golden Week experience will begin as soon as guests step into the Hakkasan doors as both of the restaurants will alter the rippled lighting throughout the restaurants to become glistening gold, giving the appearance of a ‘river of gold’ when guests walk into the restaurant.

To ensure the experience in the restaurants is enjoyable and efficient, Hakkasan has Mandarin-speaking staff and accepts China Union Pay, the Chinese credit card of choice, in addition to WeChat pay and AliPay for Chinese guests. Hakkasan Group has also launched WeChat and Weibo channels, a first for the restaurant group, in order to communicate directly to the Chinese community in London and across the globe.

The Golden Week menu is priced at £88 per person, in tradition with China’s lucky number eight, for parties of two or more. It will be available at both Hakkasan Hanway Place and Hakkasan Mayfair from 24th September to 7th October. All dishes will also be available to order a la carte.